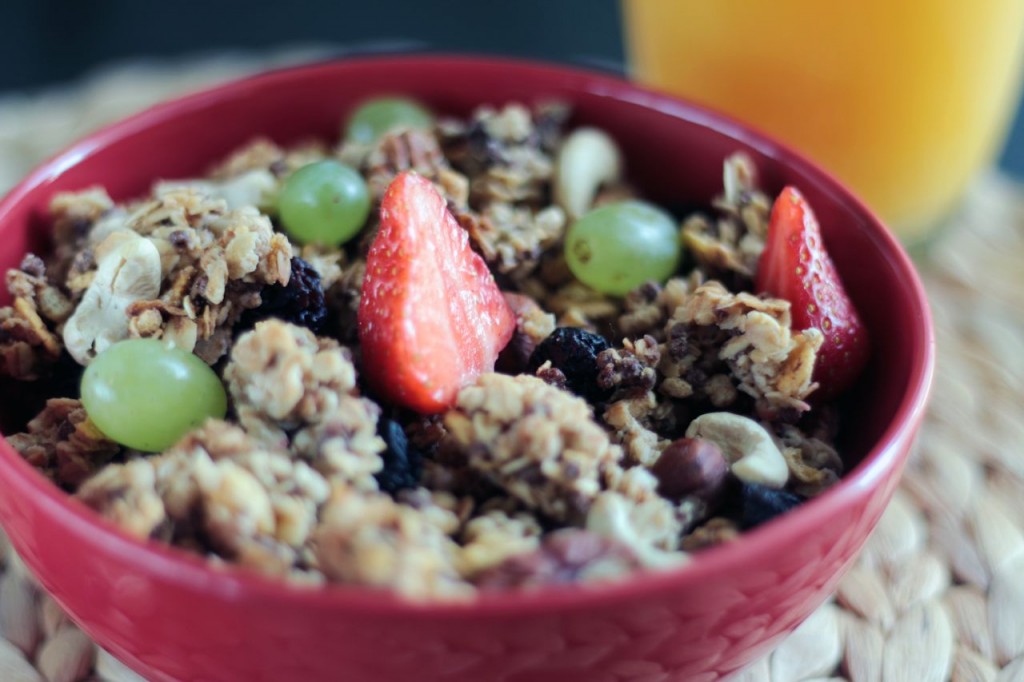 As you walk down the aisles of the supermarket it’s hard not to be bombarded by all the labels jumping out at you – “LOW GI”, “NO ADDED SUGAR”, “LOW FAT”– just to name a few! You have each food claiming to be healthier than the next and then health experts saying some of the labels are actually misleading- no wonder everyone’s confused! So I figured why not get to the bottom of one those labels – Low GI.

Firstly, what even is GI?! Well, GI stands for Glycaemic index. Now that probably means very little to most of you, but hang in there cause it’s actually quite a simple concept. It’s basically a ranking given to food to describe how quickly the carbohydrate in the food is broken down and absorbed into the bloodstream (where it can then be used as energy once it enters your body’s cells).

As you’d expect, a low ranking represents a low GI food and a high ranking represents a high GI food. So put two and two together and you’ll find that foods with a high GI are quickly broken down and absorbed by the body therefore causing a rapid rise in blood sugar levels. On the other hand, low GI foods are broken down and absorbed much more slowly into the bloodstream, therefore causing a steady rise in blood sugar levels. Not only do low GI foods keep your blood sugar levels steady, but they will also help keep you fuller for longer and provide a gradual and continuous supply of energy.

BUT, the GI can be influenced by a whole range of factors such as the food’s size, texture, viscosity, ripeness and the way in which it’s cooked. Plus, foods’ GI levels can actually be lowered when it also contains fat, protein, soluble fibre, fructose and/or lactose. Oh there’s more – If you eat a low GI food with another high GI food then the GI levels will balance out giving you a medium GI. I told you there was a lot of factors!

It’s also important to note that low GI food does not necessarily mean the food is healthier and vice versa. In fact, lots of unhealthy foods have a higher GI than healthy foods. For example, cake can have a lower GI than quinoa. Does that give us permission to ditch the quinoa in favour of cake? As much as some of you may wish, it doesn’t.

So basing your diet on GI levels certainly isn’t the way to go, but it is very handy when choosing between healthy foods. If you know you have a busy day ahead of you and you need to be fuller for longer and have a steady supply of energy then you’re better off choosing a breakfast that is lower in GI.

I hope that has helped clear up any confusion for you! x

P.S. People with Diabetes need to be careful with the GI levels of the foods they are consuming, in which case it is important to seek the advice of your doctor or specialist.